Nestled in the sandy desert of Santa Fe, New Mexico is Apogee Spirulina Farms. Over 5,000 square feet of ponds full of Spirulina glisten in the Santa Fe sunshine, cultured by Nicholas Petrovic using the “French Artisanal” method of algae cultivation. Nic has been growing Spirulina for about seven years and absolutely loves it. Spirulina has become increasingly popular as a sustainable source of protein. Nic starts his days at 5:30 a.m. to beat the New Mexico heat. He checks out all his ponds, harvests some algae if need be, and does general maintenance around the farm. Done by noon, Nic is able to relax and enjoy his day. He goes back in the afternoon once the sun has gotten lower in the sky to ensure everything is functioning. Aside from general farm work, Nic brings his algae to farmers markets a few times a week, and teaches workshops on how to grow algae.
I asked Nic why he uses the French method to cultivate algae. The answer? “Quality of life.” Nic says, “The French have a different attitude, they don’t rush… the Spirulina will be there tomorrow.” This laid-back way of cultivating just calls for farmers to harvest what they need and keep the ponds growing, rather than constantly growing more and expanding. As with most people we interview, Nic did not always know about his passion for algae. He studied hotel and restaurant management in college, and owned a valet parking company in San Francisco for some time. After the economic crash of 2008, he wanted to change his path and entered the field of sustainability. In 2009, Nic attended a class that grew algae for biofuel research. Nic found fuel production interesting but could tell the technology wasn’t quite ready to sell algae as biofuel commercially. However, he fell in love with algae and particularly enjoyed working with Spirulina.

As Nic began growing Spirulina, he was immersed in a network of small-scale Spirulina farmers in New Mexico. He wanted to learn more about growing, and eventually was put in touch with algae cultivators in France. In 2012, Nic went to France to learn their method of Spirulina culturing. Currently, Nic has an agreement with Santa Fe Community College: he can use their land, water, and power to grow Spirulina, and in return he teaches a few classes and takes on interns. This partnership allows Nic to cultivate his algae while continuing to spread his knowledge and inspire more algae farmers. In addition to running his own farm, Nic also offers workshops for those interested in cultivating algae. Nic’s Apogee Spirulina Farm is all about paying it forward, and he is happy to report that many of his workshop attendees have started their own farms all over the world.

Nic believes it is incredibly important to learn about algae, and strongly believes that “It’s the future.”Algae has a small footprint and is very high in protein. Part of the reason Nic entered the Spirulina farming trade is because New Mexico is a food desert, and he wants to help remedy that. “I’m all about feeding people right now,” he added. 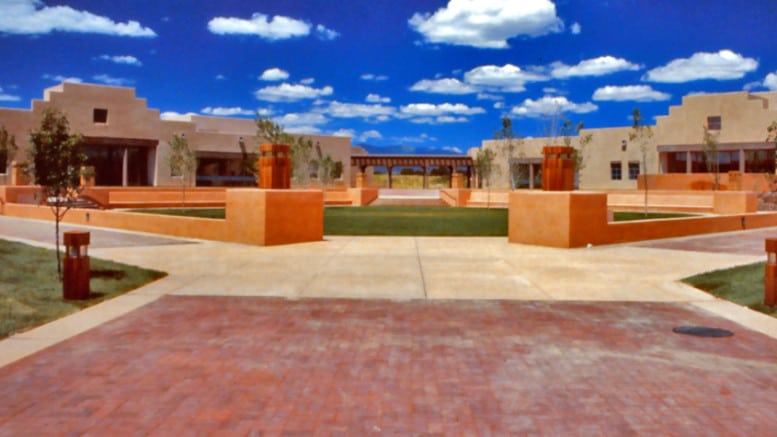 For those who may be interested in algae culturing, Nic has some advice: patience. According to Nic, those who grow algae shouldn’t rush to see results, but rather enjoy the process. “Everyone should be growing some Spirulina at home,” he says, “ It’s the wonder algae.” Finally, Nic encourages those who grow algae to share their knowledge. In France, all the algae culturing knowledge is open-source, and Nic wants to continue that sharing in his own practice. The algae world is all about sharing and lifting each other up, rather than competition. Can I use phosphate as a variable to change rates of photosynthesis?