The Difference Between Flasks and Beakers

Sorting through nerdy jargon: how to sound like a real scientist. Many people outside the science world use the terms ‘flask’ and ‘beaker’ interchangeably. While both tools are often used in a science lab, they are actually quite different.

Flasks are notable for their unique shape: a rounded vessel and a cylindrical neck. Flasks can be used for holding and measuring solutions, as well as for chemical reactions and phase changes (heating, cooling, etc). Flasks are normally the site of chemical reactions, for the reaction can take place in the large vessel and have low risk of spilling due to the long, narrow neck of the flask. Furthermore, flasks have the ability to be capped or corked, therefore solutions can be held for long periods of time without risk of spilling. 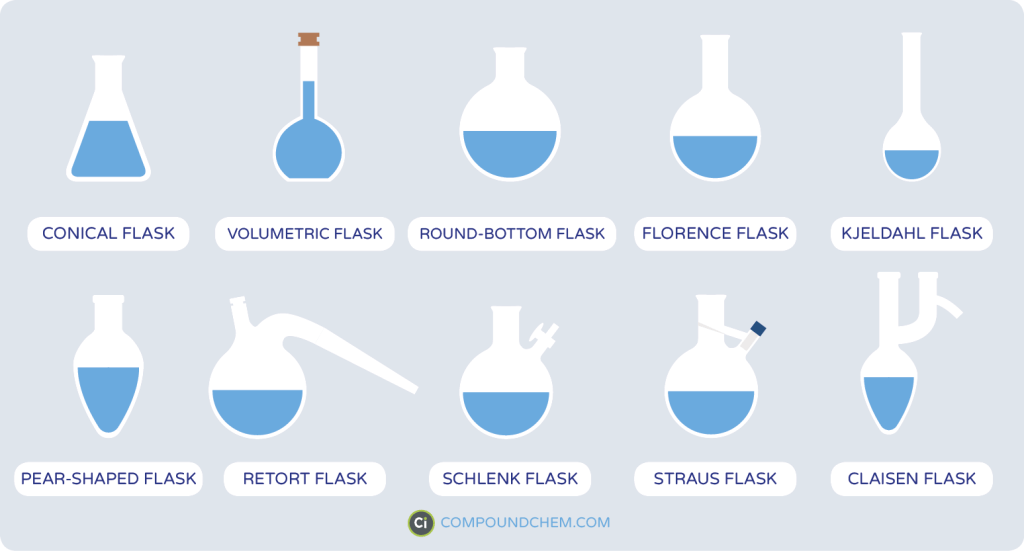 Beakers, on the other hand, are cylindrical containers with a flat bottom and a spout on top. These are also used when performing experiments, to hold various liquids for either mixing or disposal. The main differing characteristic between a flask and a beaker is that beakers have straight sides, rather than slanted sides like a flask. Beakers are mainly for measuring and transporting liquids from one site to the next. The spout on beakers makes pouring their contents easy, which makes them invaluable for performing experiments.


Flasks and beakers do share some characteristics. Both are made from either glass or clear plastic, most are graduated- meaning they have markings on the side indicating the amount of liquid they contain. Both are used during chemical reactions, and both are essential to a successful lab.


We hope this brief crash course in science lingo helps you to sound smarter among your peers. Until next time, happy culturing!