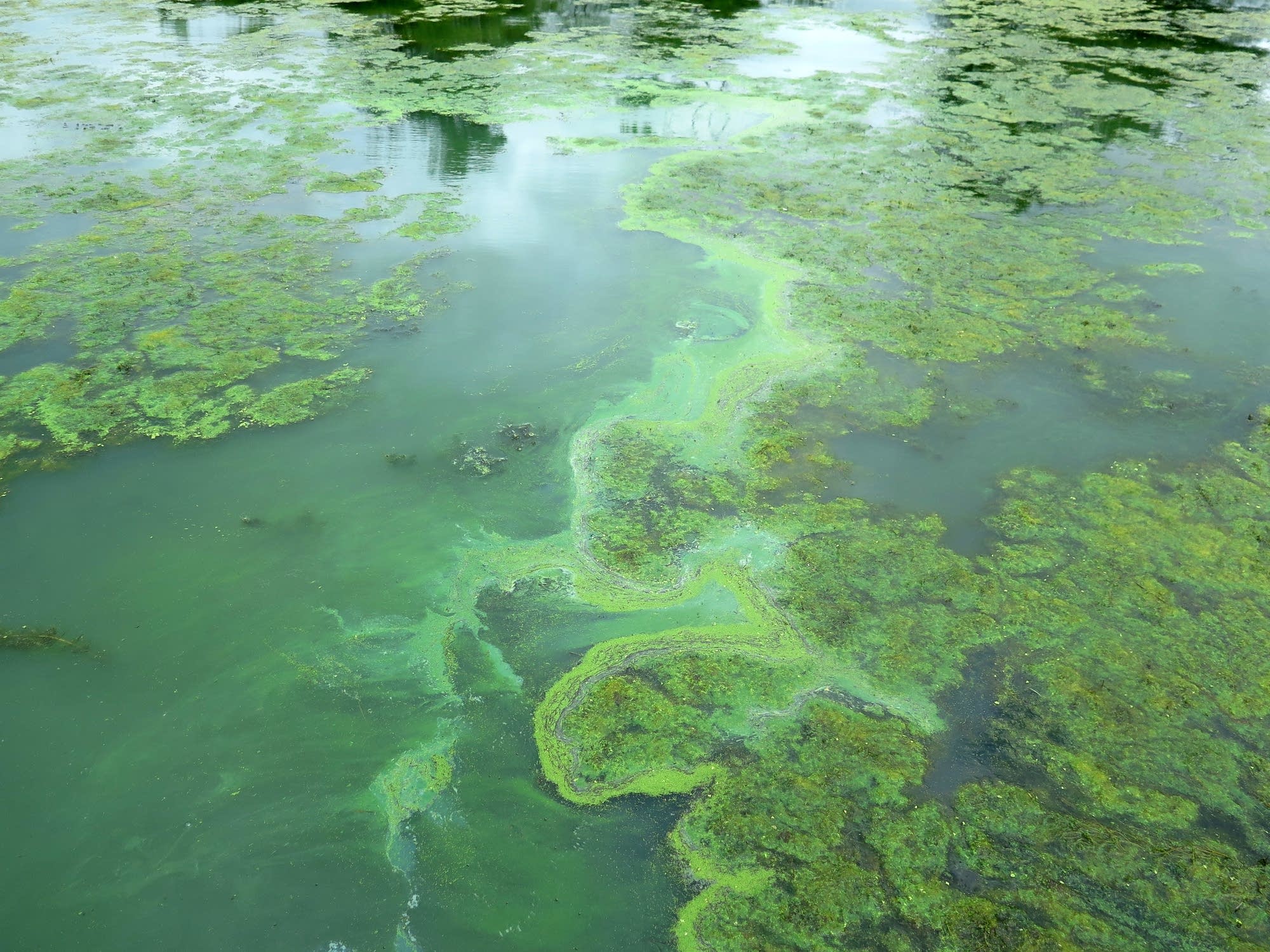 A harmful algae bloom is when a species of algae grows out of control in freshwater or marine environments and harms surrounding humans and wildlife.

Harmful algae blooms (HABs) can occur in any conditions. Some prefer favorable wind and water conditions, while others prefer choppy waters and high winds. The harmful algae blooms are caused by runoff. Rain and floods can lead to runoff from lawns or farmland, dumping nutrients such as Nitrogen, Phosphorous, and Carbon into surrounding bodies of water. This leads to the overfeeding of the algae, which leads to the rapid expansion of the harmful blooms.

Contact with water containing HABs can lead to nausea, vomiting, diarrhea, and other stomach problems. Furthermore, eating seafood from affected bodies of water can cause illness due to the transfer of toxins from the algae to the seafood to the consumer. Airborne toxins from the algae bloom can also trigger asthma attacks and other respiratory issues.

In addition to the dangers caused the harmful algae blooms, they lead to heavy economic costs as well. The dangerous effects of the HABs harm the seafood and tourism industries, due to beach closures and the multitude of inedible seafood.

With increasing ocean pollution, harmful algae blooms are also increasing in prominence. The toxic material in the ocean is what causes the algae to become toxic. HABs are yet another consequence of the high plastic content of the ocean.